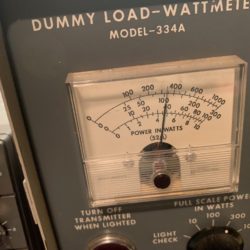 This is a late followup for Part II, but here’s the spoiler alert…. Success!

Where we last left off, I was in the process of removing all the brown tack glue from VCO5.

All the tacky offending glue was a very laborious process, but it was completely removed from both the Printed Circuit Board areas and on each component.  This was done with tweezers, forceps, and pliers. 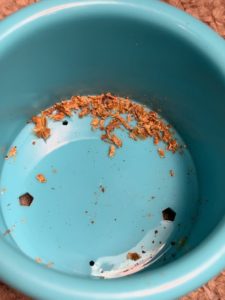 Please note the important technique of removing each part and taping them on an 8.5 x 11 sheet of paper with a noted part number. This is a terrific way to systematically keep the parts ordered and labeled.  At least it works for me. 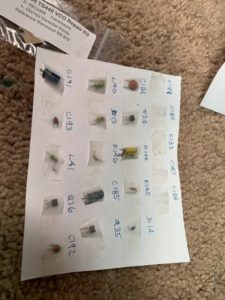 After all the parts were removed, the PCB was scrubbed and cleaned with solvent and then folowed with alcohol.  I usually recommend alcohol only if this is good enough, but if the tacky glue remains in residue form you can use stronger solvent like Goo Gone, or Acetone, or Chemtronics type cleaning solvents.  Always follow it up with an alcohol wipe/bath.

With all organized, systematic and careful work, there is usually an unplanned problem that come along the way.  In our case, L41, a 10 uH inductor had a weak lead coming out of it’s body and broke off. Usually, I’ve had luck recovering from this type of problem by soldering an small wire to the broken stub, but in this case the stub was too short-  broke way to close to the body.  I did successfully resolder a wire to the body, but the inner coil lead broke off and it ended up being an open circuit. 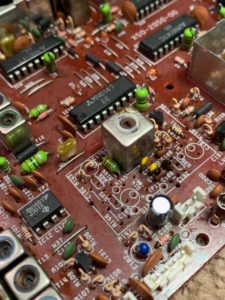 All seasoned hams should have an embarrassing ample junque box and parts in the shack.  In my case, I had a few TS-940 carcasses, which is the older more expensive cousin of the TS-440.  Lo and behold, the PLL boards between the TS440 and TS-9r0 are very similar.  This makes sense, since Kenwood would be saving money by keep similar boards where possible.  So, I cannibalized my spare TS-940 PLL board and extracted L41 and used it for Fred’s TS440 (to replace the one that broke).

The rest of this adventure is anticlimatic.  Got the board updated with the cleaned parts and PCB and new L41 inductor.  BTW, the TS-440s has an interesting mounting system.  The PLL board resides below another board in the chassis.  The upper board swivels on a pivot set and allow access to the PLL board (see picture).  So our updated PLL board was remounted back in place, plugged in all the connectors, buttoned up all the screws and chassis and ……. it works! 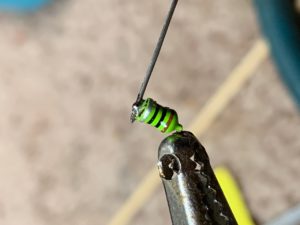 There’s always a temptation for realign the whole radio.  This takes time and can screw up something that already works.  So, I mostly embrace the philosophy, “if it isn’t broke, don’t fix it”.  Therefore, after this nice radio was working fine, I packed it up and called it done.  I always clean up radios whenever its for a friend.  So, this one also got the detailing effort of scrubbing all the knobs and cleaning the front panel.  Looks good now and ready for on the air ops.

Note:  The picture which shows the full 100W output also shows only two digits on the LED display othe TS440S. Well that’s only because the camera shutter speed was so fast it didn’t capture the refresh rate of the TS440s LED segment display.  In real life all the digits show up.

Glad these great workhorse legends continue to make QSOs around the world.

And many thanks for the 2 comments posted from others who had similar “adventures” with this venerable rig. 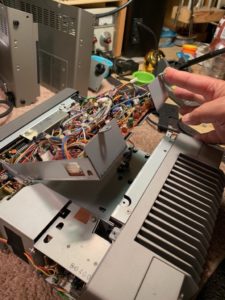 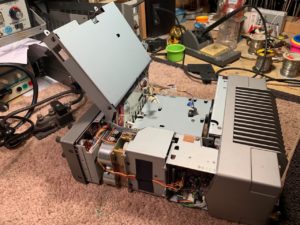 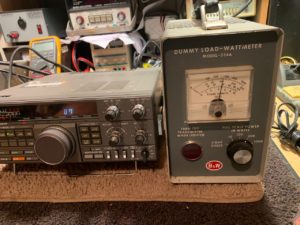