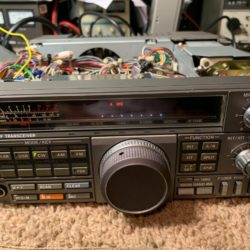 It was reported to have no power output, and off-frequency/warbling signals.
It had been working fine years ago, but after being in storage for years, and now it’s not happy.
What I’ve found:
1.  Power output starts off dead but after a few minutes warm up, power levels creep up to 100+W starting from low bands (160/80/40) initially, then upper bands (20/15/10)
2.  Receive signals are drifty and there are unlock artifacts every few seconds
3.  The display showed Phase Lock Loop unlock once (when unlocked, the display shows a series of “dots”)
4.  The VCO5 lock test point was wildly varying from 4.5v to 6.8v.  I think it should be a stable DC level.
What I’m working on now:
The older Kenwood TS-4XX and TS-9XX series had very well known problems with the glue used in the Variable Control Oscillator section of their boards.
This was known as Sony Bond glue, used to secure components to prevent microphonics due to vibrations, like when operating mobile.  This stuff was widely used in many audiophile radios, too.  Unfortunately, over time it becomes conductive which causes havoc to sensitive electronics (like a VCO).  It is by nature, hydroscopic, or prone to absorb moisture.  Of course, moisture catalyzes oxidation and corrosion as well, so you get the picture of why its so infamous.
Current effort:  Remove the glue from VCO 5, cleanup board and components, resolder, and see which problems go away.  More to come.
73
-dave
W5OC 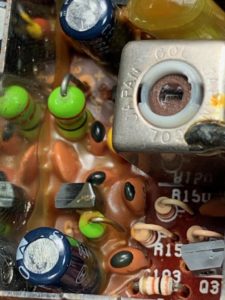 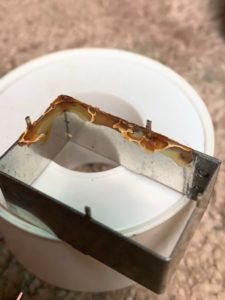 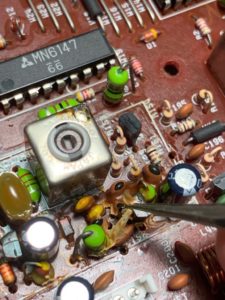 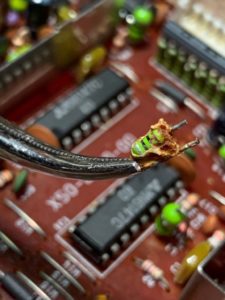 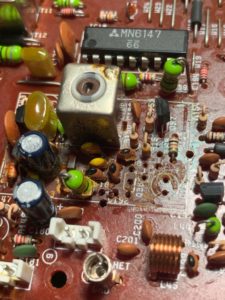 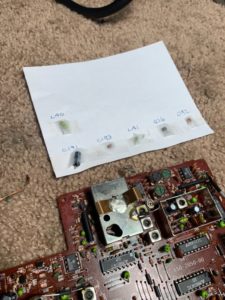 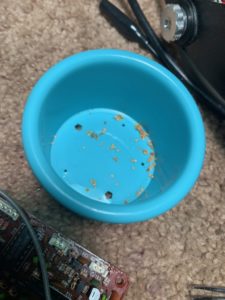